We strongly encourage getting the flu vaccination. Getting the flu vaccine each year helps keep families healthy, keeps children in school and reduces the spread of the flu. This is especially important during the COVID-19 pandemic. If you have questions about the flu vaccine, you may contact your doctor’s office, call us at 865-215-5150 or visit www.cdc.gov/flu.

Sadly, for one Knoxville resident, flu season is a reminder of a loved one lost.

Don and Leeann were married in 1991 on New Year’s Eve. During the early years of their marriage, they lived in Washington D.C., but decided to move to Knoxville in 1994 because Leeann wanted to be closer to her grandparents.

When they first arrived in Knoxville, Leeann worked for a real estate developer and also did freelance work as a book keeper. Don worked in insurance and advertising, before starting his own wedding photography and videography company in 2006.

The couple shared an endless love. Not only for each other, but for children too. Unable to conceive, Don and Leeann became foster parents. For 15 years, an endless path of children made their way into the Samples’ home. Two of them did so permanently. Don and Leeann adopted Katie (now 18 years old) when she was 18 months old.

Bella (now 5 years old) was fostered by the Samples since she was one month old. Leeann, however, never saw Bella’s adoption become final.

“If she got a flu shot, she wouldn’t likely be in the hospital right now.”

Just before Christmas of 2013, Leeann got sick.  When January arrived and it didn’t appear Leeann was getting any better, Don took her to the doctor. Her blood-oxygen level was so low, she was immediately taken to the hospital. A doctor called Don early the next morning and told him that Leeann had not only the flu, but also flu complications of double pneumonia and acute respiratory distress syndrome.  The doctor told Don that Leeann’s chances of surviving the illness were less than 30 percent.

Leeann spent the next six weeks in the hospital. She returned home in mid-February, but never fully recovered. She died in April 2014. Leeann was just 46 years old.

“We just didn’t get the flu shot,” Don recalls. “We were of the mindset that if we got the flu, we’d be sick for a few days, get up and move on.”

Don remembers well the conversation he had with Leeann’s doctor.

In the months after Leeann’s death, as her October 29th birthday approached, Don wanted to do something to celebrate her birthday. He wanted another way for his daughters to remember their mom.

“It just seemed like a good idea to ask people to get their flu shot,” Don said.

The Centers for Disease Control and Prevention (CDC) recommends everyone six months and older should get an injectable flu vaccine before the end of October, as it takes about two weeks for protection to develop after vaccination.  Flu vaccination should continue throughout flu season, into January and beyond. This is because the timing and duration of flu seasons vary.

So in October of 2014, Don went to social media and launched a flu shot campaign. He encourages people to get a flu shot by Leeann’s birthday – October 29 -- then post a picture on social media with the hashtag #WeCanForLeeann.

“The reaction has been really, really good. We’ve seen more and more people getting flu shots. What makes me happiest is when I hear those stories about someone that got a flu shot, that normally didn’t get one.”

Don even created a Facebook event page for the campaign. On the page he shares his story.

“The flu is REAL!” he writes. “It can be deadly and it can cost you more than a few days in bed. Stop whining and crying about it, suck it up and go get your shot today.”

“I get a sense of happiness because I’m now doing something that may save someone’s life. It may save another family from going through what I went through.”

The flu can mean hospitalization and even death

For many, the flu means a fever, cough, sore throat, runny nose, muscle aches and miserable days spent in bed.  For others, however, it can mean a trip to the hospital and even death. The Centers for Disease Control and Prevention (CDC) estimates that the flu has resulted in between 140,000 and 710,000 hospitalizations and between 12,000 and 56,000 deaths annually since 2010.

The best prevention against the flu is a flu shot. Flu vaccine can:

You can schedule a flu shot at the Knox County Health Department by calling 865-215-5070. Talk to your doctor about getting one, and most local pharmacies provide flu shots.

Besides a flu shot, wash your hands often with warm water and soap. Cover your nose and mouth with a tissue when you cough or sneeze. Try to avoid close contact with sick people, and if sick, limit your contact with others as much as possible to keep from infecting them. Read more about the flu and flu prevention, symptoms and treatment here. 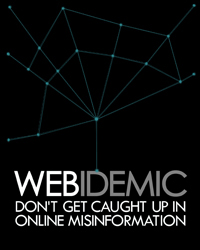 
On the first Wednesday of every month (except August), all KCHD offices and clinics are closed in the morning for staff in-service. On these days, the main location, 140 Dameron Ave., opens at 11 a.m. and West, 1028 Old Cedar Bluff, Clinics open at 11:30 a.m.

Hours:
Monday - Friday
8:00 am - 4:30 pm
*Teague Clinic is open for COVID-19 Vaccines, by appointment only. Click here to make an appointment.

All KCHD offices and clinics are closed in the morning on the first Wednesday of every month for staff in-service. The main location, 140 Dameron Ave., opens at 11 a.m. and West, 1028 Old Cedar Bluff, locations open at 11:30 a.m.

Infant and childhood immunizations as well as adult vaccines by appointment ONLY. Please call 865-215-5950.


All KCHD offices and clinics are closed in the morning on the first Wednesday of every month for staff in-service. The main location, 140 Dameron Ave., opens at 11 a.m. and West, 1028 Old Cedar Bluff, locations open at 11:30 a.m.
Map Of All Clinics Department Email